The hotel building consists of three 16th century houses that were joined together. Over the centuries, historical personalities and renowned artists lived in the houses. From these we would like to mention one of the most beautiful women of that time as her name is closely linked with our hotel, the wife of painter Vaclav Hranicky, lady Constans.
The first of the three houses was originally a Renaissance burgher house lately rebuilt in Baroque style. It underwent several renovations in Classicist style, during which the courtyard gallery was built. Foundations of the house were laid in 1617 by a court pasty maker Patrik Urban Czensay.

The house was bought in 1622 by burgher Pettman, who expanded it and named the house “At seven candlesticks”.

Subsequently, the object was heavily damaged by the Saxon-Swedish campaign. Due to further events in the Czech Kingdom, the house is later in 1667 bought by the court tailor Jan Jindrich Preuner.
In 1690, the house was acquired by a well-known European painter with strong regional influence, Vaclav Hranicky and his wife Constans. Lady Constans later donated the house to her second, younger husband, well known Italian painter with Jewish roots, Isaac Gudini (known as Godini).

At the order of the Lauchtenschlager family, the house was raised to three floors in 1815 and rebuilt to the present form by Zacharias Fiegert. The interiors acquired their present appearance after a fire that broke out inside the house in 1834.
Foundations of the second house were built in 1602 by Jakub Teyfl, who subsequently sold it to the historically significant noble family of Kinsky. The building was in 1804 acquired by the family of builder Alois Palliardi and his wife Magdalena. Due to the convenient location below the castle, they enlarged this house, and its part has been preserved until today and is part of the hotel’s buildings.

The building of Boutique Hotel Constans, originally called the house &quot;At Seven Candlesticks&quot;, has been declared a cultural monument of Czech Republic since 3.5.1958 and with its location in the historical center of Prague, we are very proud to be a part of the UNESCO World Heritage.

Our professional and friendly reception staff will be very happy to arrange a taxi, sightseeing tours, recommend a great restaurant or help you with any other enquiries you may have.
See more

Located in the heart of historic and government district of Prague just a few steps from Charles Bridge, The Prague Castle and St. Nicholas Church.
See more

from€58
Book now
See all offers 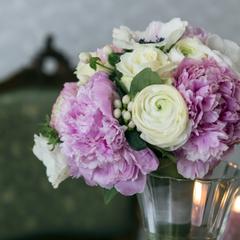 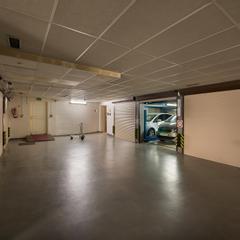 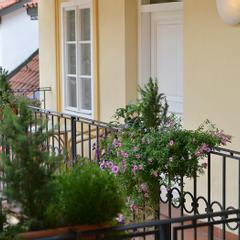